Vesta is a fairly recent addition to Edinburgh’s foodie scene. This new restaurant has popped up in place of Home, which originally opened in 2016 as a partnership between Maison Bleue and Social Bite. However, this July (2018) a new management team took over the reigns of the Queensferry Street establishment, allowing the restaurant to revamp its look and go in a different direction from its predecessor.

Thankfully, Vesta have maintained the partnership with Social Bite, offering diners the chance to “pay it forward” and hosting sit down meals for the homeless every Monday between 3pm and 5pm.

The place has also had a fresh lick of paint and a completely revamped menu, with more of a focus on veggie and vegan offerings. In fact, the menu is over 50% vegan and they make all their own seitan from scratch, using a secret signature recipe.

Vesta has a lunch and a dinner menu, but many of the dishes below appear on both. All vegan options are clearly marked with (VG). There are also lots of lovely cocktails to try too, check in with the bar staff and they will be happy to whip you up a vegan-friendly tipple!

Sandwich plates (on the lunch menu only)

Side plates (on the dinner menu only) 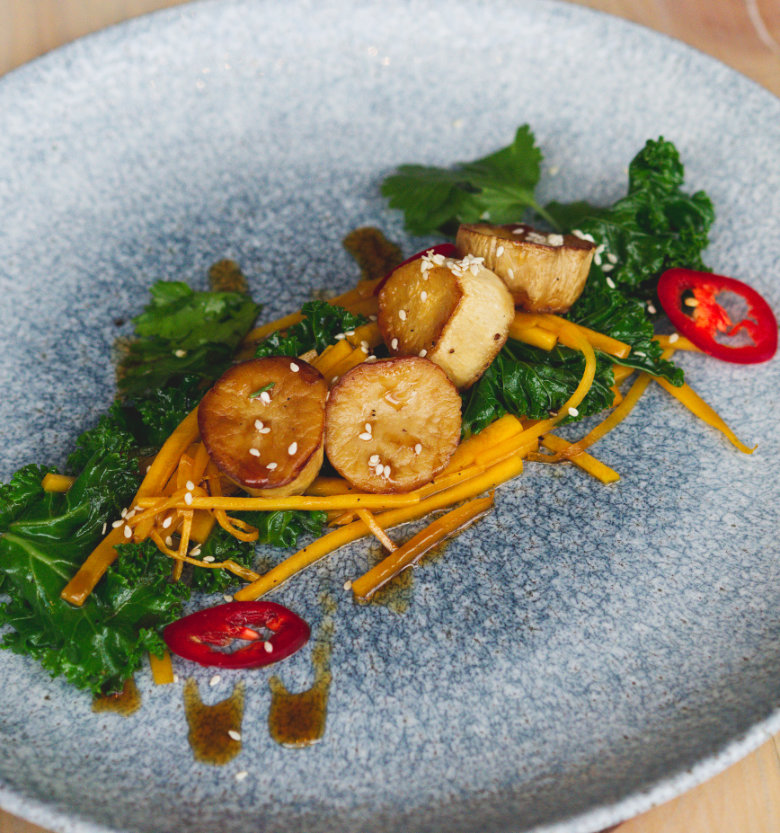 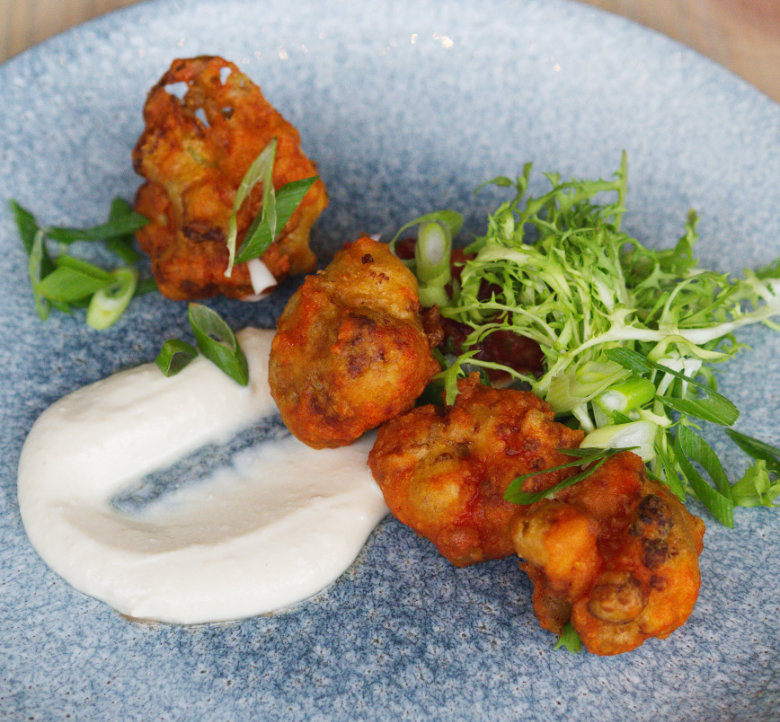 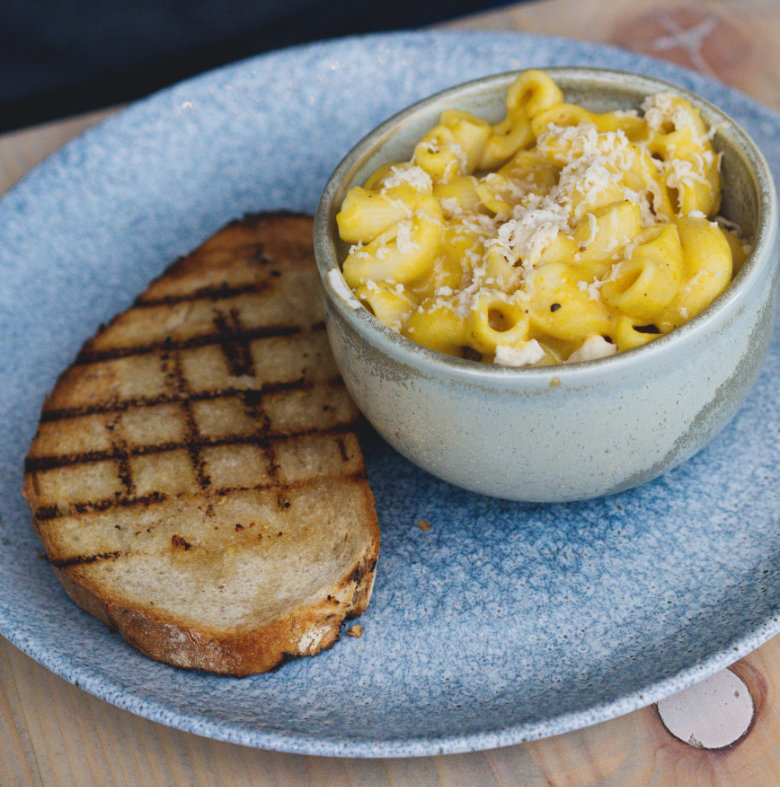 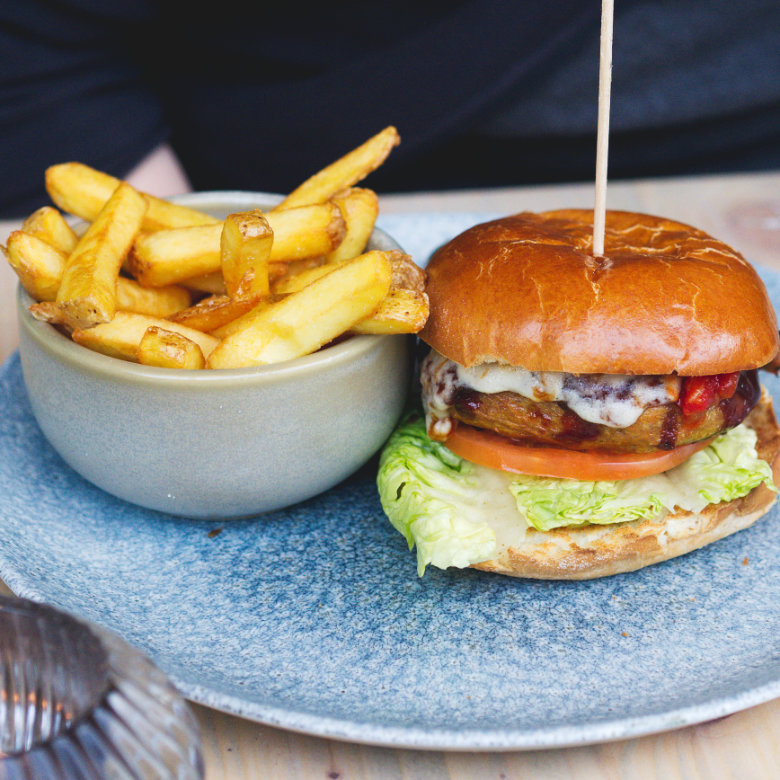 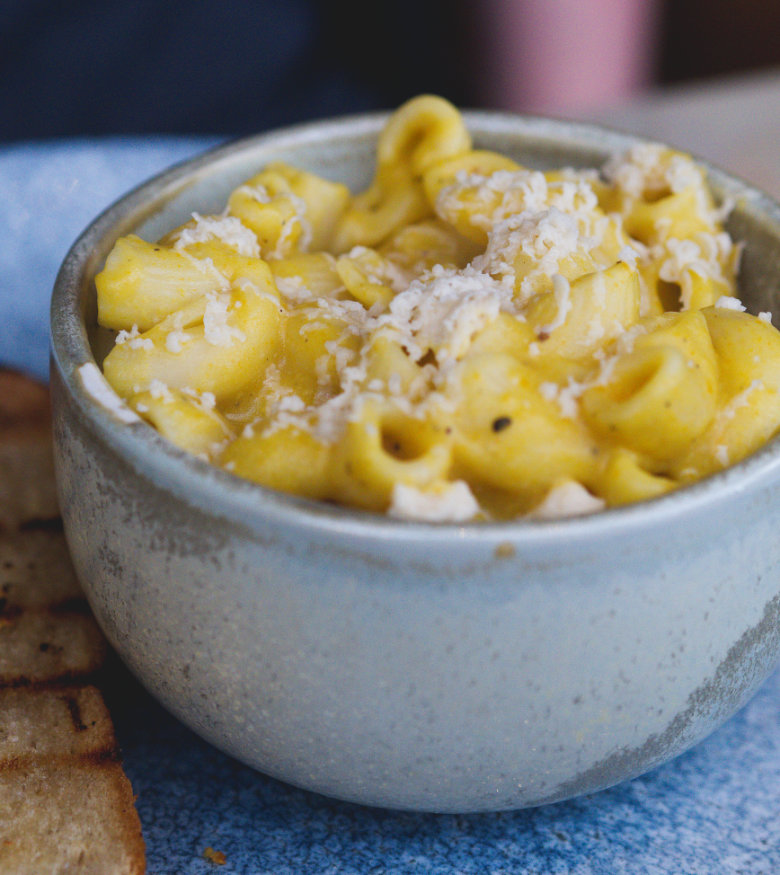 Overall, Mr B and I thoroughly enjoyed our visit to Vesta. The staff are very knowledgeable and friendly, the food was good and it was reassuringly busy on a Saturday night.

To start, we had the king oyster scallops and the cauliflower buffalo wings. Both of these dishes can be found elsewhere in Edinburgh (hello Thrive and Land of Bourbon) but I have to say the execution at Vesta was excellent. The king oyster ‘scallops’ were served with a drizzle of sweet and sticky glaze, which made them really moreish, but they were light enough to serve as the perfect start to the meal.

The cauliflower ‘wings’ were also really good. The batter was light, crispy and not too greasy, with just enough of a kick that wasn’t too overpowering. But even if you do find the spice a bit much, there is a generous helping of vegan sour cream to cool things down.  Safe to say, Mr B absolutely loved them.

For our main course, Mr B had the BBQ seitan burger while I had the vegan mac ‘n’ cheese. Vesta pride themselves in their seitan recipe, so our expectations were high for this burger. It certainly didn’t disappoint. Mr B promptly scoffed the lot and swiftly fell into a seitan-coma shortly afterwards!

The mac ‘n’ cheese looked amazing, with the creamy sauce and soft macaroni elbows certainly looking the part. For me, the sauce could have done with a little bit more salt, but the texture was really good. Plus, the slice of garlic bread that was served on the side was absolutely delicious, offering a delicious flavour and beautifully chargrilled. Overall, a really comforting dish.

If you want to support Social Bite and their mission, I would really recommend giving Vesta a go. The food is really good, with lots of choice for vegans. For bonus warm-fuzzy feelings, be sure to leave a little extra for their pay-it-forward programme. The perfect way to do good, and eat good too!

Love Vesta? Pin it for Later! 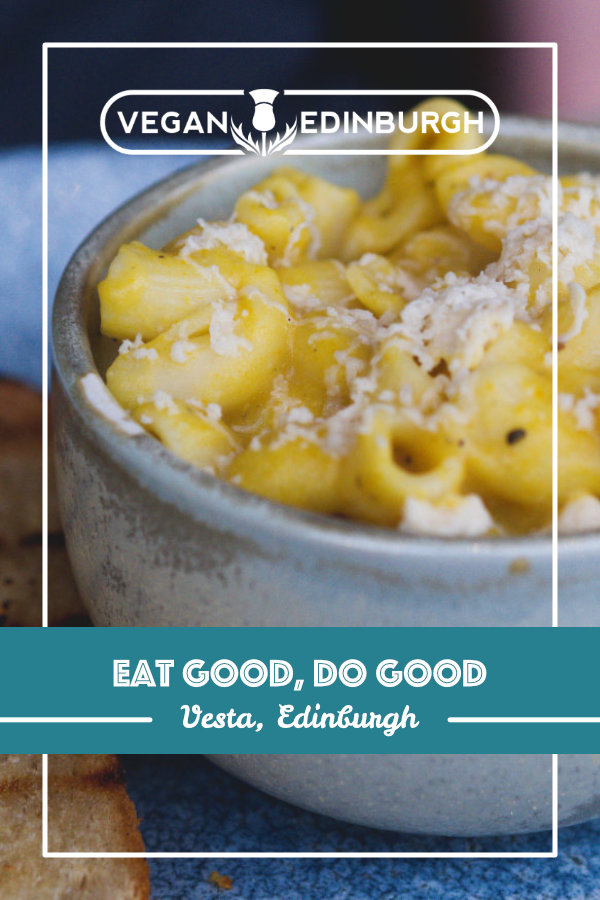 I thought the food at vesta was lovely. But I’m a bit concerned about their labelling (and understanding of veganism) as their vegan Christmas starter contains honey.

Hey Alix, I’ve just checked with the owners and the “honey” referred to in the xmas menu is actually a brown sugar sweetener with a honey flavour. Don’t worry – there’s not actually any honey in the dish!

Thanks for checking – that’s not what I was told when I asked!