Eating delicious food in Edinburgh doesn’t have to take a strain on your waistline. There are lots of great clean eating friendly places popping up in the city, including Pumpkin Brown. This wee café on the Grassmarket is a relatively fresh face in the Edinburgh foodie scene, but it’s already been making waves with celebrity fans such as Zoella occasionally popping in for a visit!

This place has an Instagram feed that has had me drooling for months, so Mr B and I decided to give it a go last weekend. Pumpkin Brown’s ethos is fresh, raw and healthy food – which is ideal for anyone who is still managing to stick to their clean eating January resolutions (if that’s you, I salute you – I pretty spectacularly fell off that waggon about 3 days in!).

Everything in Pumpkin Brown is completely vegan, which is brilliant. In my opinion, there is no better feeling as a vegan than going into a foodie establishment and knowing you can have ANYTHING that’s on the menu – guilt free. There are still precious few of these places in Edinburgh but hopefully, more will pop up in the future.

All the salads are laid out in the chiller already, and they all looked so gad-dang fresh and tasty I wanted to try them all, but eventually, I settled on a signature salad and “Raw-gan” wheel, while my other half opted for a burrito box and a chocolate orange chia pudding. 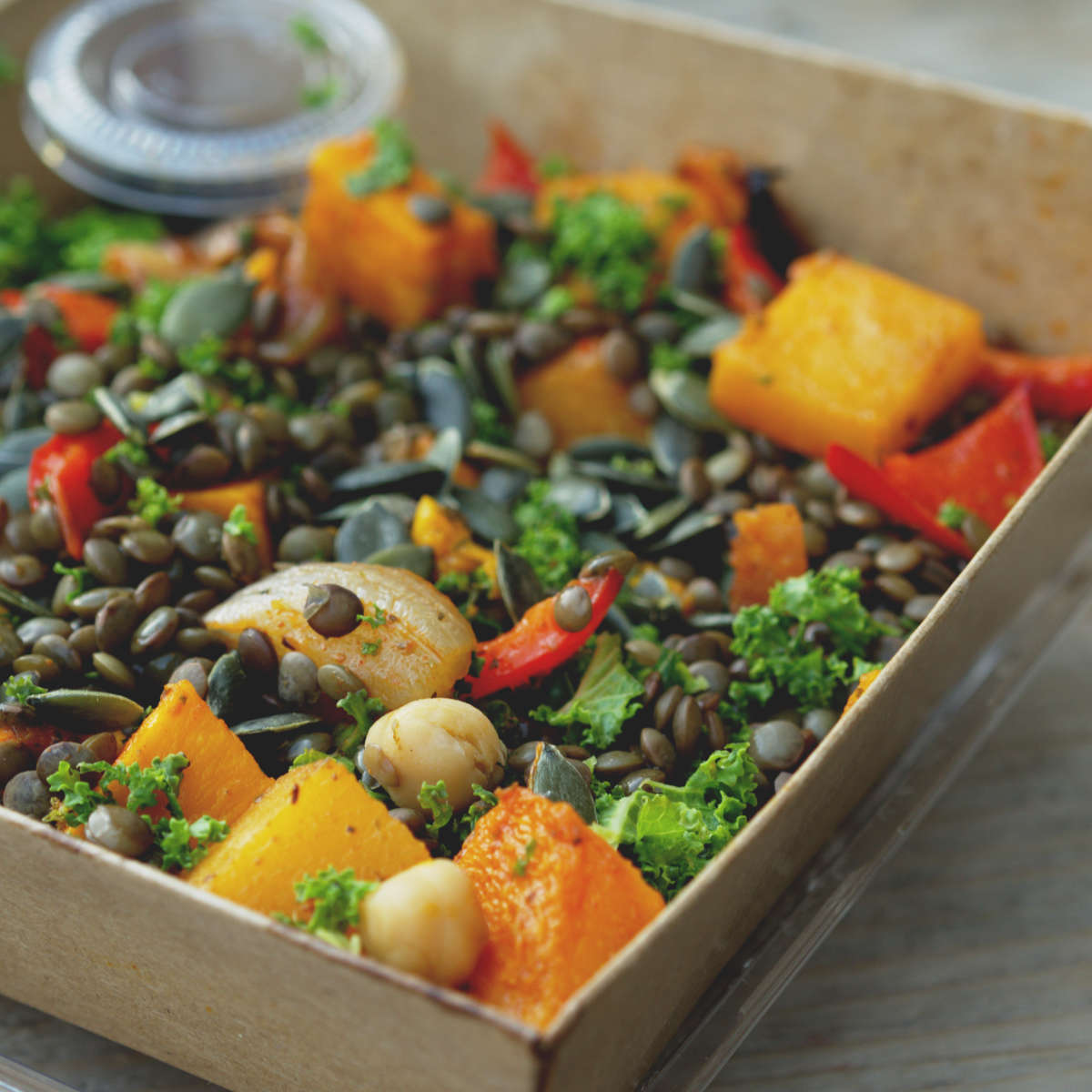 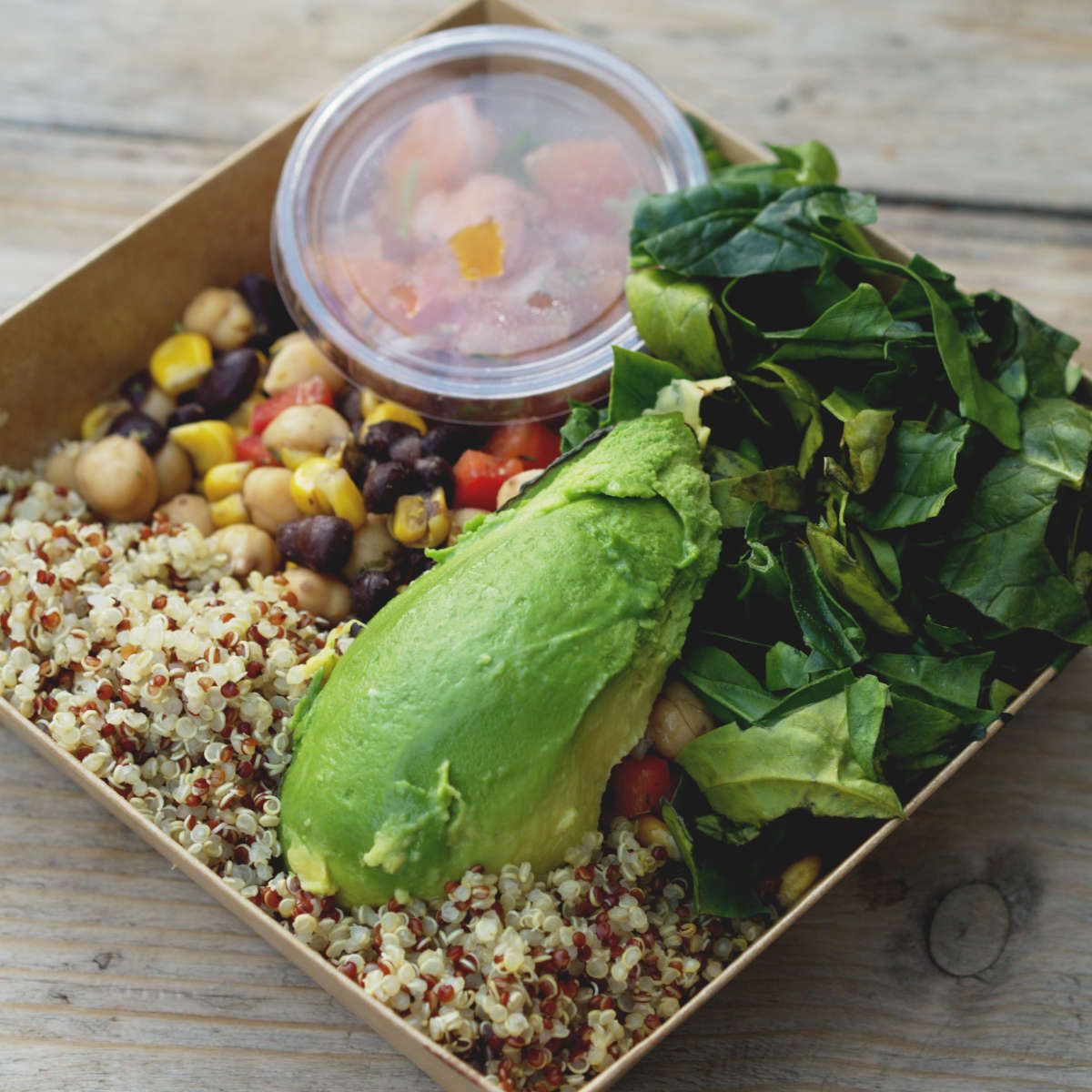 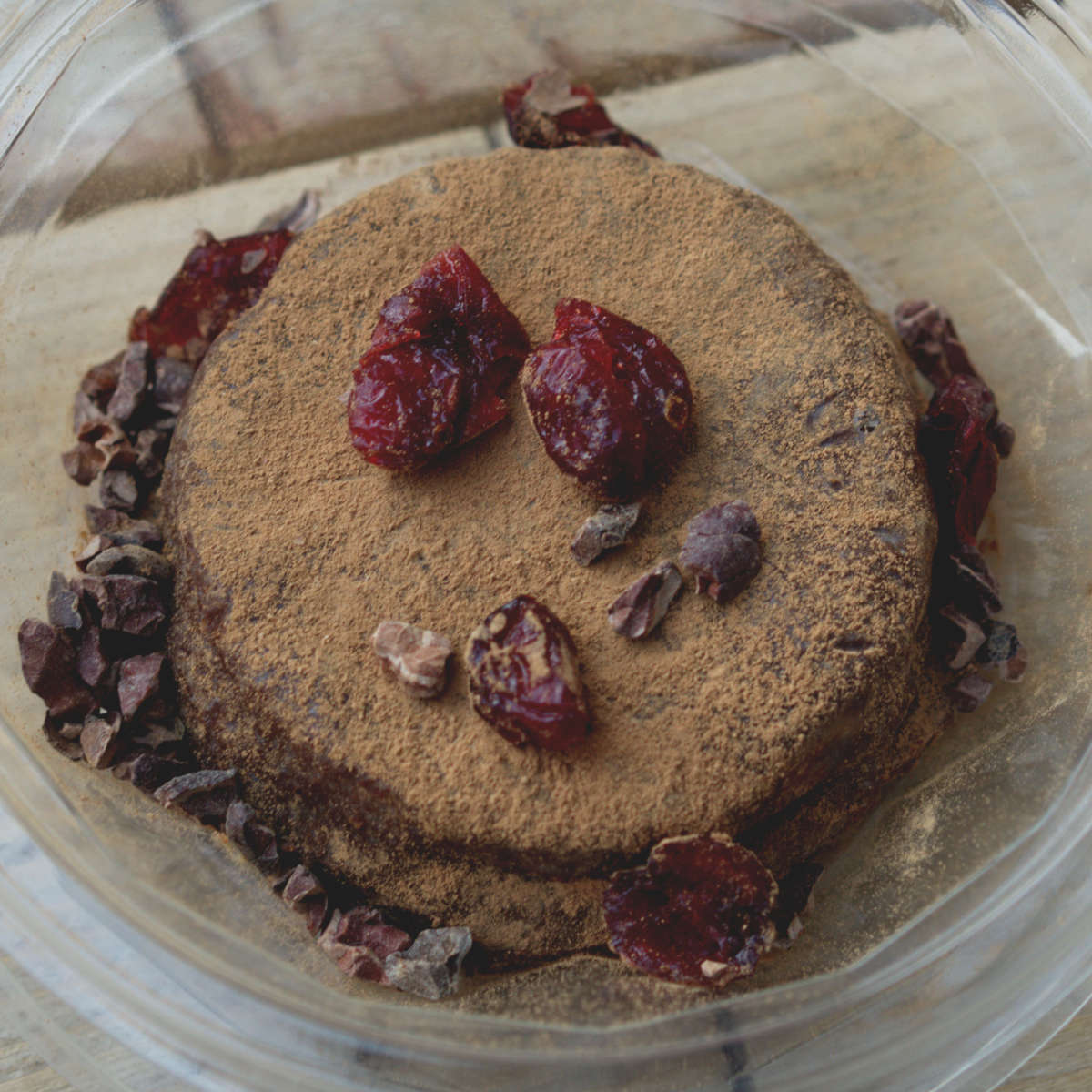 Firstly, Mr B and I tucked into our salads. Sadly, for me, they didn’t taste quite as good as they looked. They were packed with great veggies, pulses and seeds, but both Mr B and I agreed that both our boxes needed a wee bit more flavour. Granted, my standard salad box came with a small pot of lovely balsamic-style dressing, but it wasn’t enough to service the entire dish. Same could be said for Mr B, who had a nice side portion of salsa but there wasn’t enough of it to bring the dish to life.

The salads were pretty filling, but I made sure to keep room for our puddings: the chocolate orange chia pudding and the “Raw”gan wheel. Mr B wasn’t a huge fan of the chocolate orange chia pudding, which might be something to do with the texture of the chia seeds, but I gave it a try as well and I really liked the taste of it. My favourite part of the meal, however, was the “Raw”gan wheel, a beautiful rich chocolatey delight that is made of completely (as the name suggests) raw ingredients. It was really tasty and satisfying, and this wee concoction alone may convince me to go to Pumpkin Brown again.

Two takeaway salads, two desserts and two drinks came to £19.20. In our opinion, that pricepoint was a little high for what we had – as we’ve had some great sit-down meals for a similar cost. If I go back, I think it will be just for a coffee and a guilt-free sweet treat, which might be a bit easier on the wallet.

If that’s not an issue for you though, and you are keen on eating clean while in the Grassmarket, then Pumpkin Brown may be worth exploring.

Food looks great but why all the plastic tubs; good environmental diet utilising the most persistent human-made containers!

Hi there!
Just thought I would let you know that almost everything in pumpkin brown is served in vegware. This is completely compostable and can go straight into the foodwaste bin 🙂