Located in the thick of Edinburgh University’s campus buildings, Paradise Palms is one of my favourite places to go for a drink. This delightfully kitsch bar has a fabulous cocktail menu and a great atmosphere to boot. The food had been on my list to try for a while so when I got a Facebook message from the guys requesting me to go along, I didn’t need to be asked twice!

Paradise Palms has long been known as a vegan-friendly establishment. Once home to Ninja Buns (who have since moved on to Bourbon in the New Town) who also did vegan options, this trendy bar is now the residence of Lucky Pig, whose menu is completely vegetarian.

The menu has a wide range of dishes to try, and while there are some items containing dairy on the menu, most vegan options are clearly marked (VG). There are a couple of errors, though: for example the fries despite not having the VG marker are indeed fine for vegans, so as always just double check with your server before ordering.

Having said that, these were the vegan options available at the time of writing: 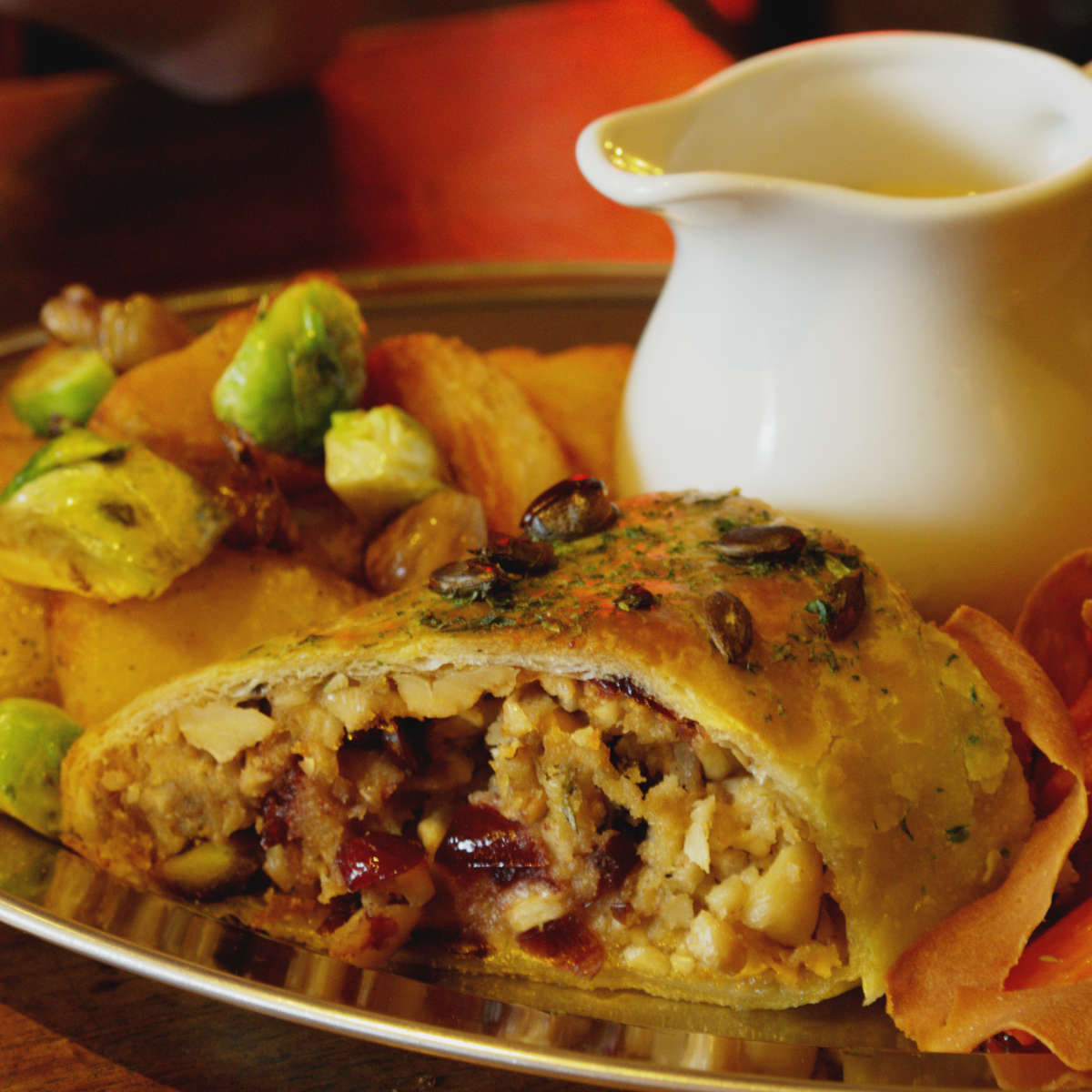 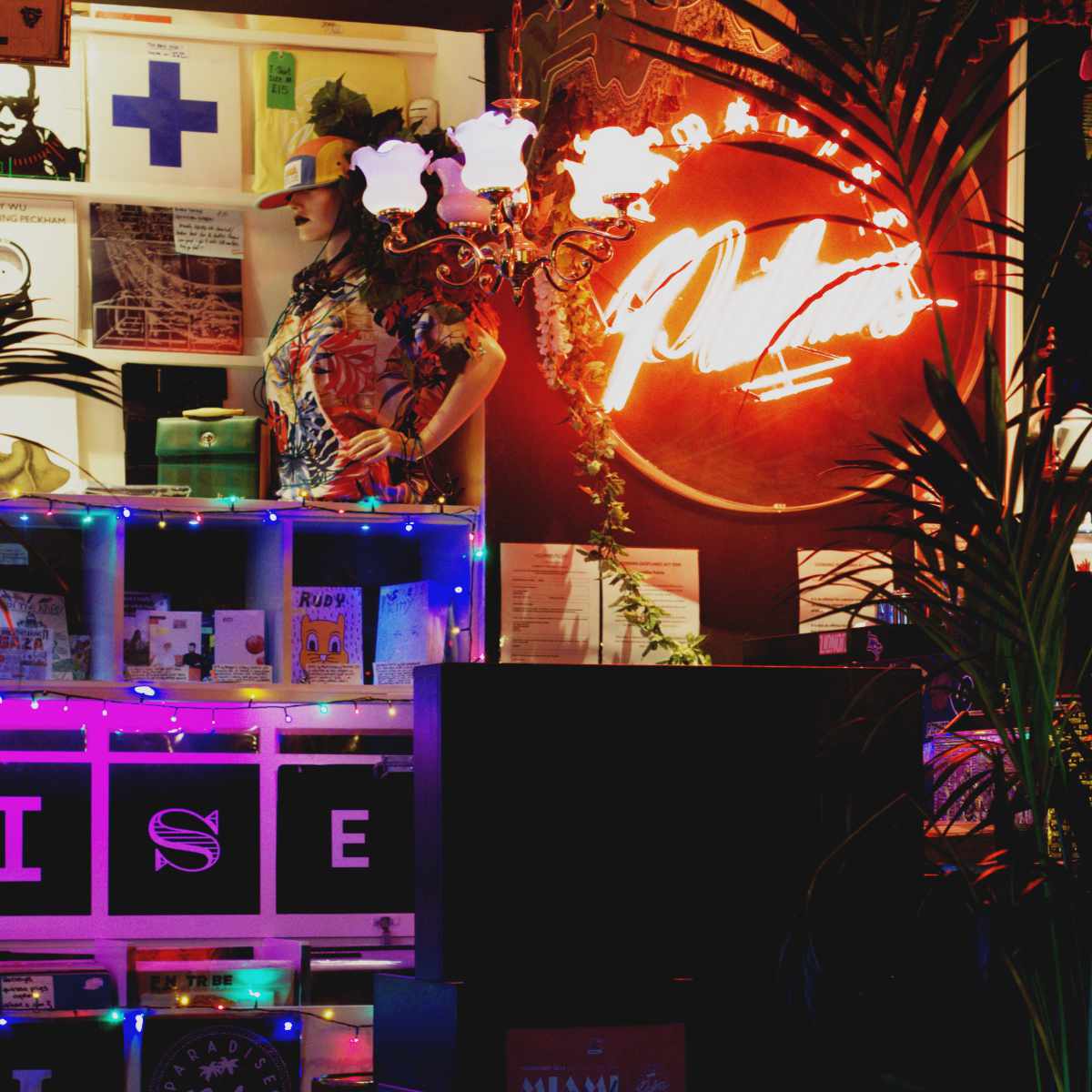 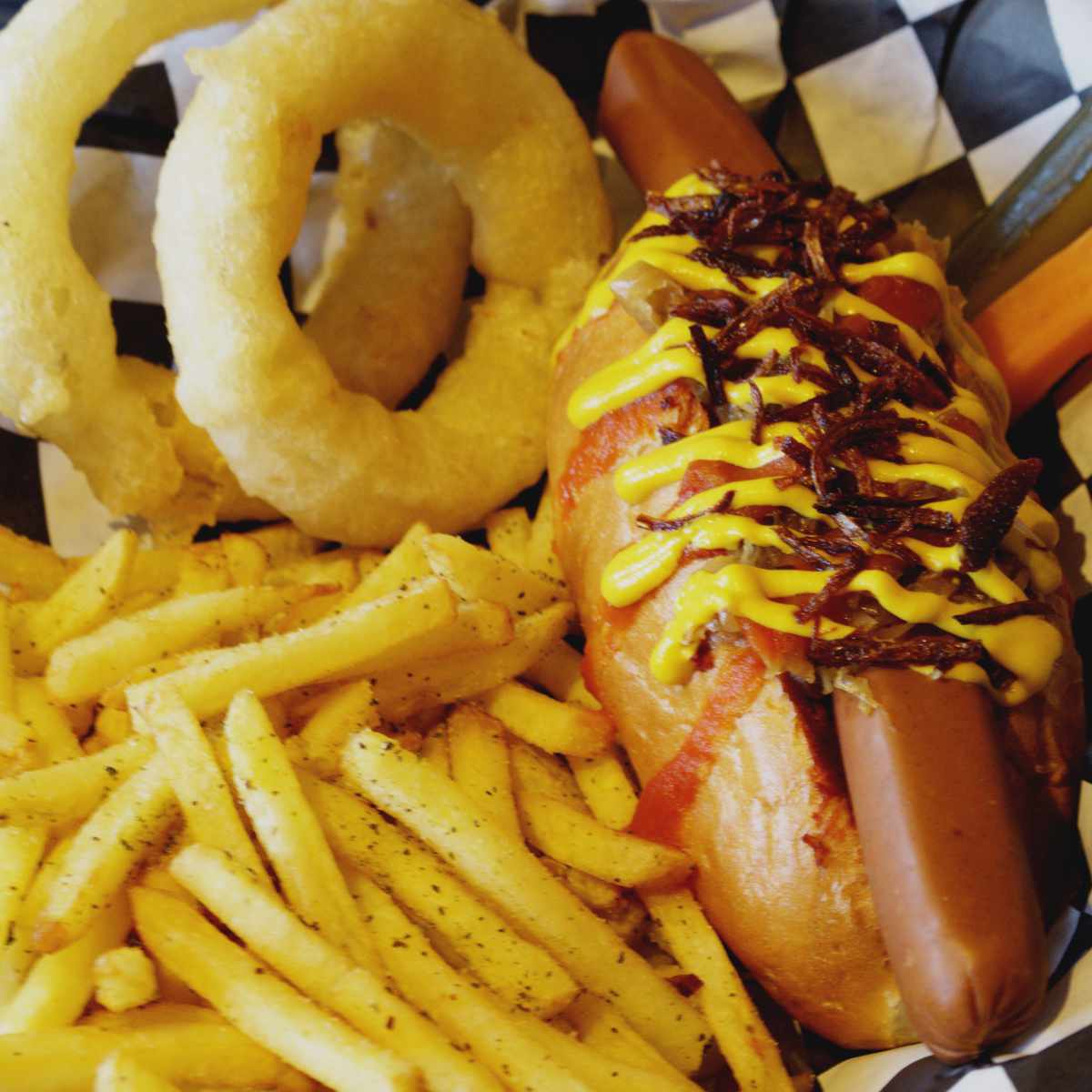 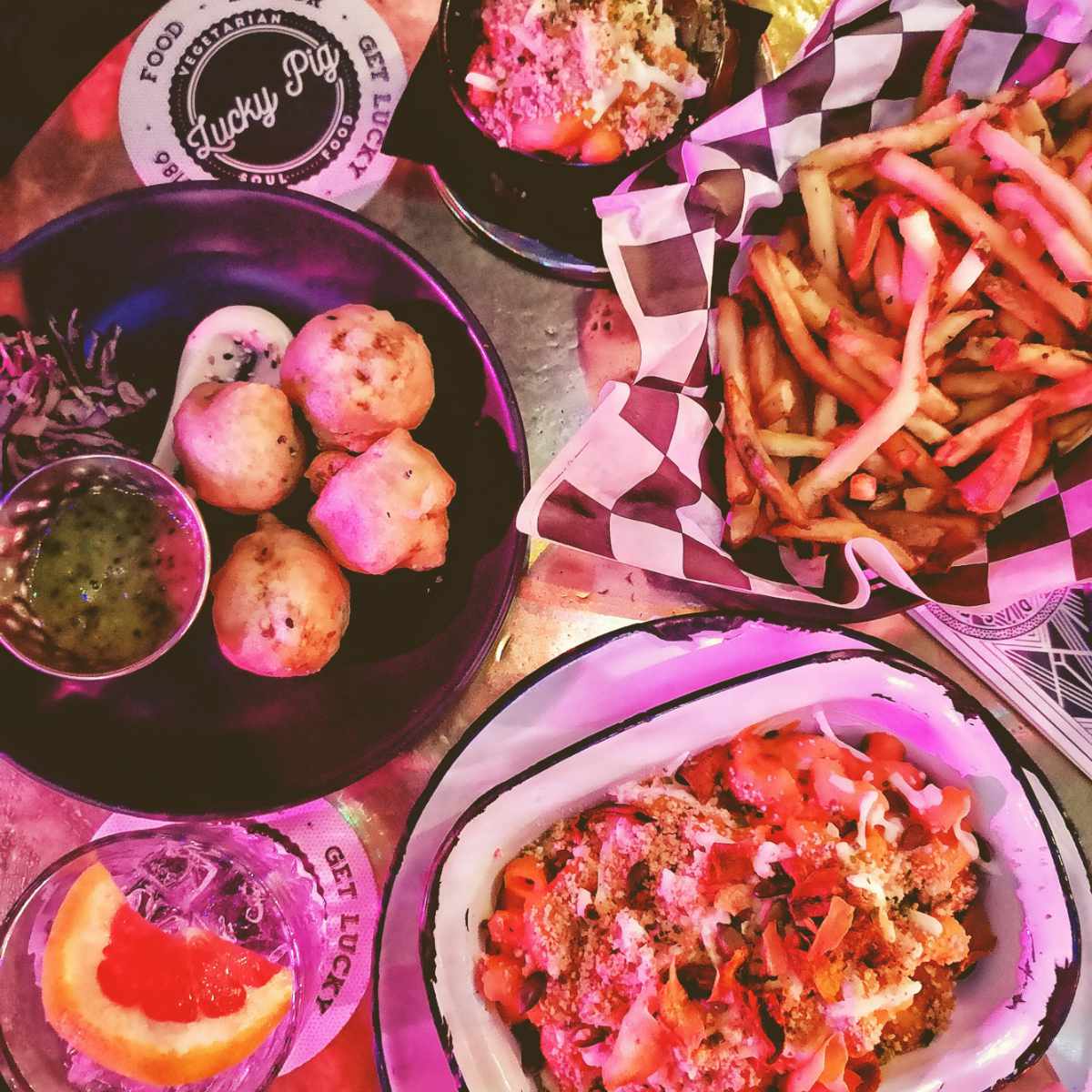 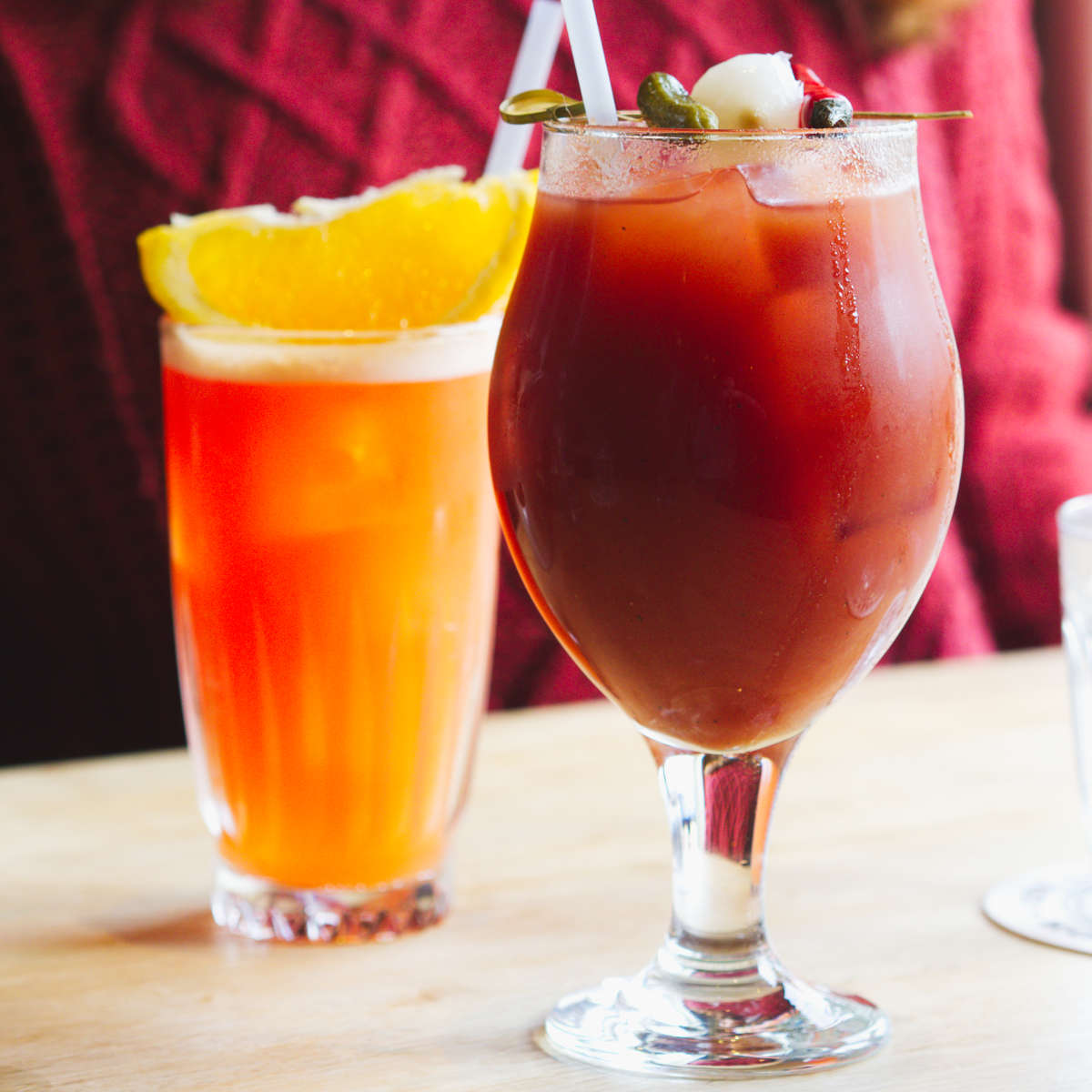 I was asked to try the lucky Sunday roast, which was a cranberry and cashew wellington, but changes from week to week depending on when you go. It was really tasty,  served with comforting roast potatoes and a soy and sage gravy. Mr B went for a completely different option, the Lucky Dawg. Served with onion rings and chips, it looked like a great treat.

Lucky Pig is still a fairly new addition to Paradise Palms, but the food here is fab and with plenty of vegan choices, I hope it plans to stick around for a while.