There’s been a few high-profile restaurant openings in Edinburgh recently, but I don’t think many have made quite as big a splash as Dishoom on St Andrew Square. The team behind the London-based Bombay food chain came up north armed with a very effective PR team and soon everyone in Edinburgh was talking about the New Town’s latest addition.

Dishoom in Edinburgh has been open for a few months now, but it was only a couple of weeks ago I realised they catered for vegans. Delighted that I was finally able to pay a visit to the place that everyone had been talking about, I went along with a friend for a casual weeknight dinner to try the vegan fare they had on offer.

The vegan menu at Dishoom is very clearly marked. In fact, if you tell your server that you want to eat vegan, they will provide a dedicated menu that lists all their options that are vegan or can be made vegan. At the time of writing, those options were:

and your dessert option is…

The list above consists mainly of snacks and sides, with the chole being the only “main” on the menu, however you could cobble together a nice tapas-style meal with 3-4 of these dishes. 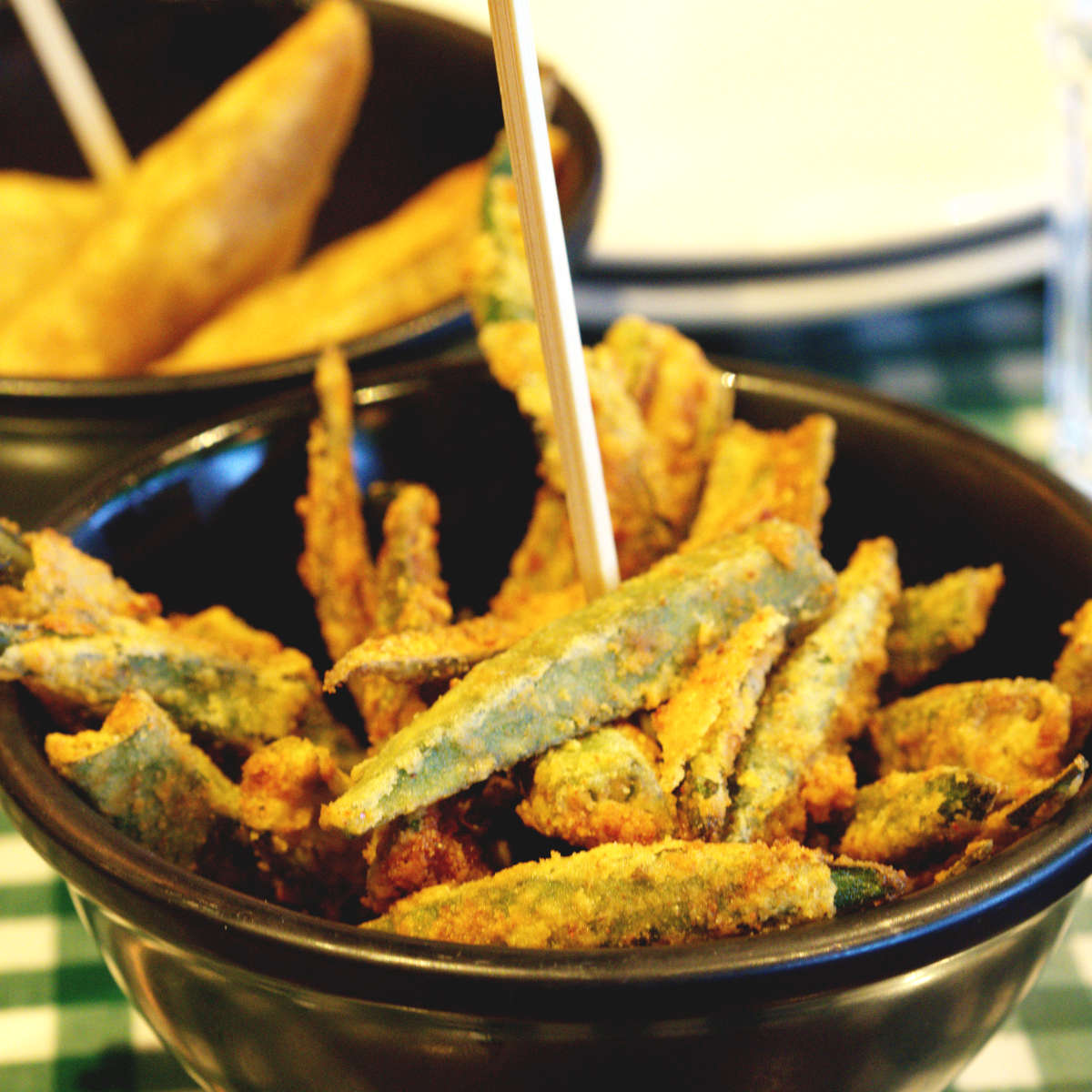 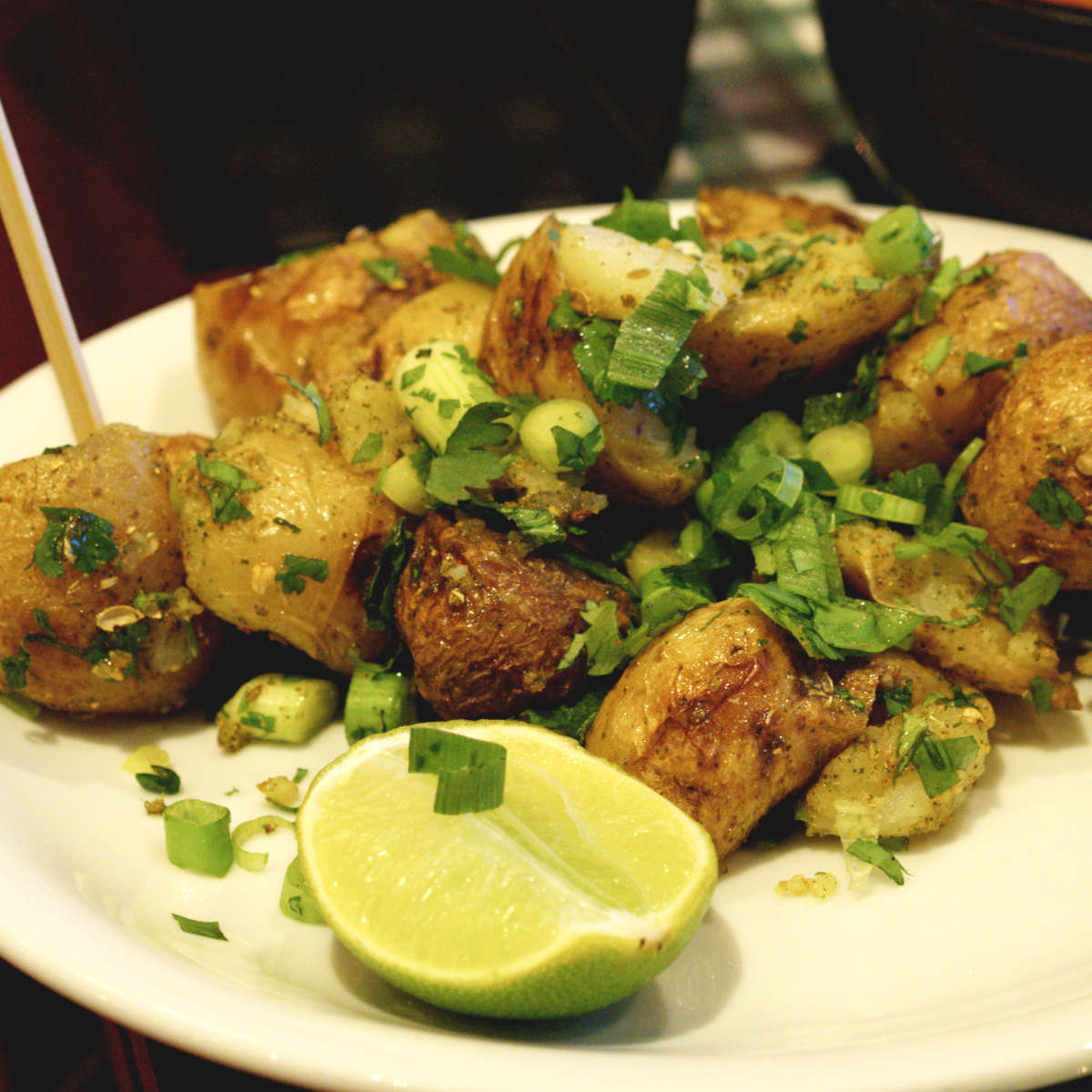 I had the chole with a range of sides. There’s no such thing as starters and main courses in Dishoom, it all comes out just when it is ready. The smaller dishes came out first, and the moreish okra fries started proceedings with a lovely selection of dips. These were very tasty and (I’m delighted to say) all vegan! The lime and coriander dip (i.e. the green one) was my favourite.

These were quickly followed by the gunpowder potatoes, which were probably my favourite dish of the entire meal. I felt a bit nervous about these being called “gunpowder”, but they weren’t overly spicy at all. There was certainly a warm aromatic spice, but this wasn’t overpowering and the potatoes were beautifully soft and fluffy.

The chole was probably my least favourite part of the meal, if I’m honest. I ordered it because it was the only “main” on offer, but the sauce was a little bit too salty for my taste. When I return, I’ll probably order the gunpowder potatoes and accompany them with a range of the tasty side dishes.

To finish, I had the Kala Khatta Gola Ice. The menu says – and I quote – “The first spoonful tastes bizarre”, so of course I had to try it out! The sweet, spicy and salty mix does take a pit of getting used to, but I really enjoyed it compared to some of your other run-of-the-mill desserts.

So is Dishoom actually worth all the hype? Actually, yes. The food is quite good and reasonably priced, plus you can get some great views of St Andrew Square if you get the right table. An excellent choice for a nice night out with friends.

[…] Andrew Square is really coming to life! With new eateries like Dishoom and Wahaca opening up, I can really see this being a hive of activity while the St James gets […]