Civerinos, located just off the Royal Mile in Hunter Square, is one of the coolest pizza places in town. I was delighted to hear that they launched a vegan offering around a year ago, and thankfully it remains on the menu today.

Its Old Town location makes it a great stop for visitors in between seeing the sights, but its cult following in Edinburgh makes it a favourite with the locals too.

At the time of writing, there is only one vegan option on the menu at Civerinos, but it’s one more option than a lot of pizza places serve! It’s called the (somewhat tongue-in-cheek) “Meat is Murder” pizza, which is topped with marinated tomatoes, tomato sugo, Sicilian breadcrumbs, rocket and cured fennel.

If you’re looking for a side to go with your meal, the fries on the menu aren’t marked vegan because of the dip they come with, but they are perfectly fine if you ask for the fries without it. 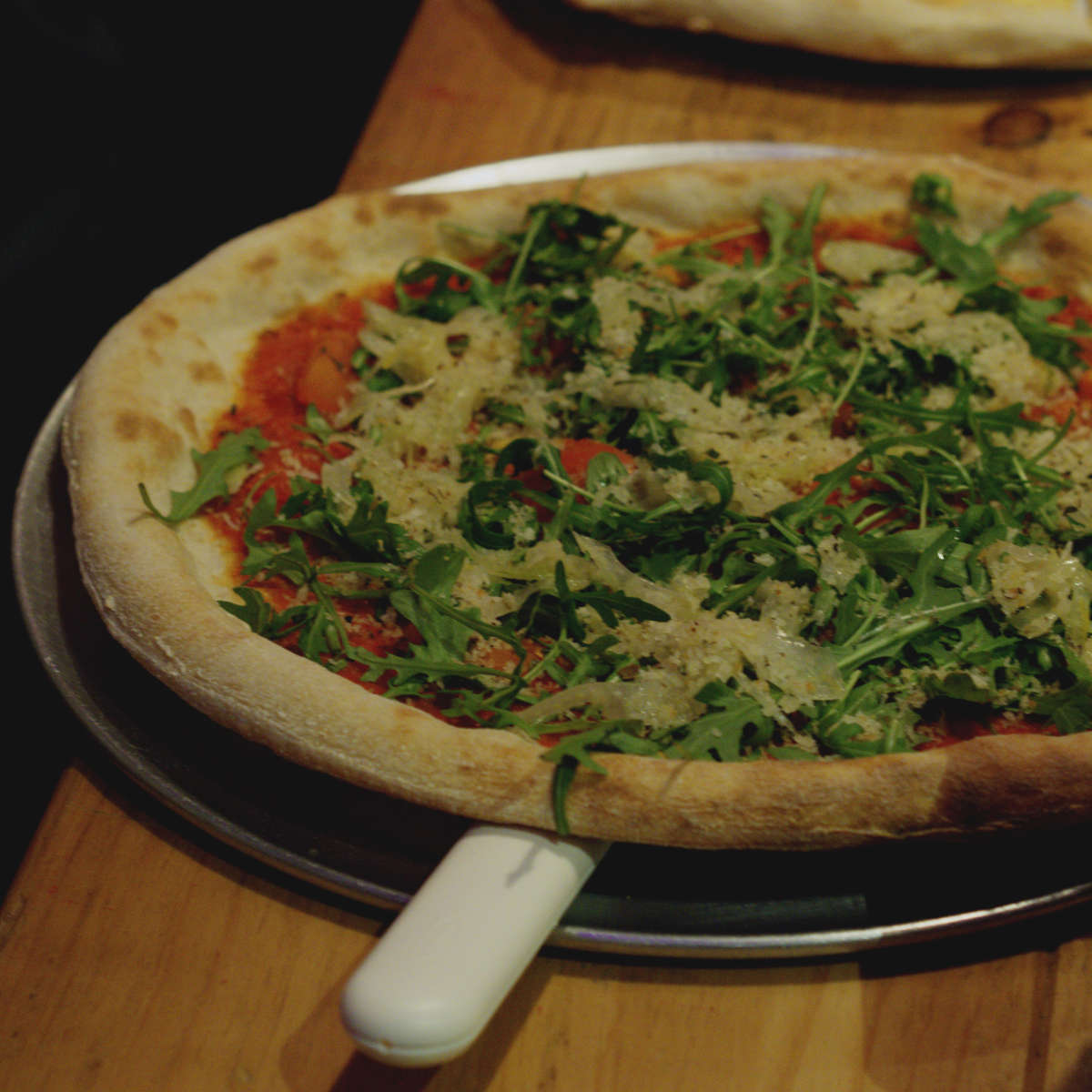 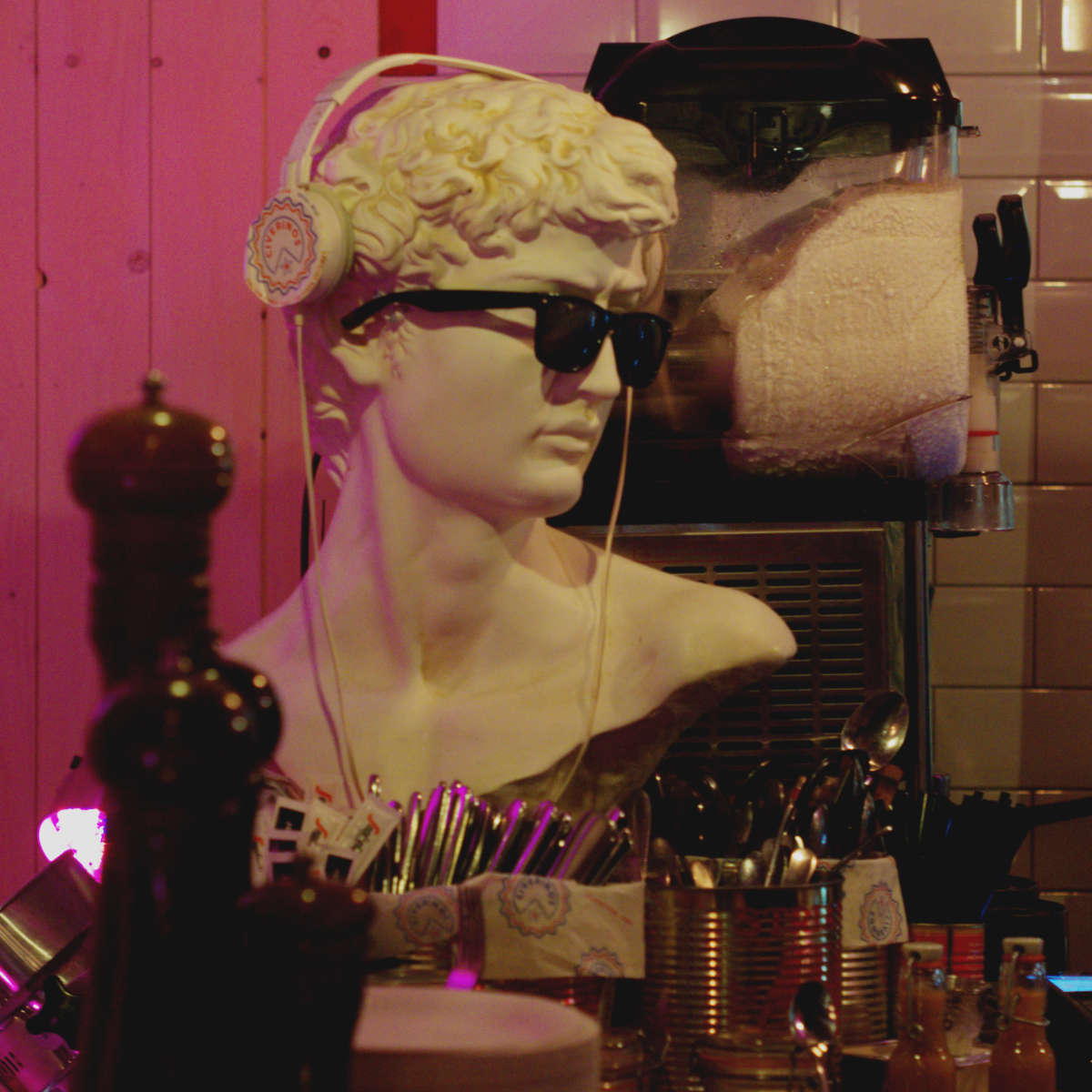 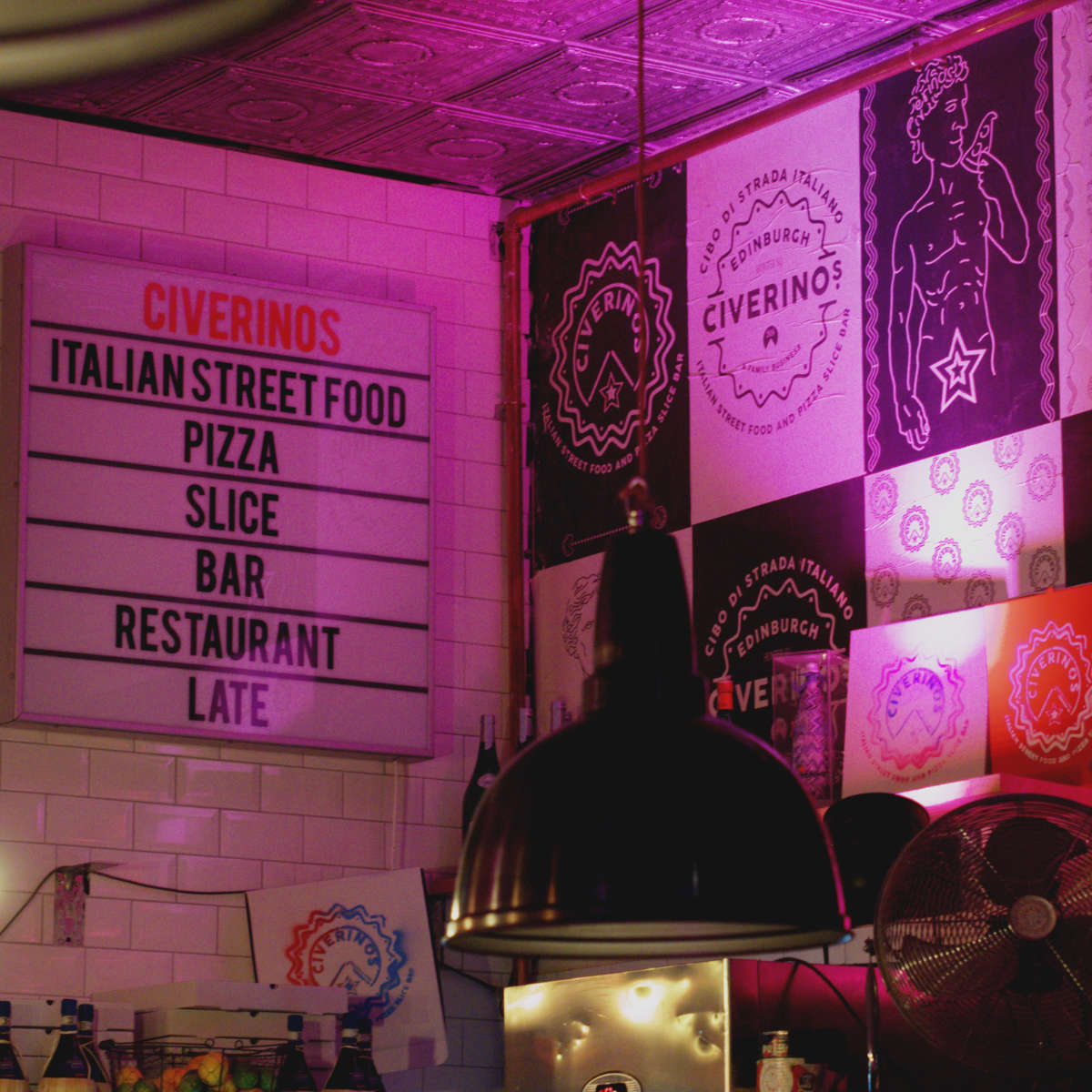 I was really surprised when the pizza came out and there was absolutely no attempt of vegan “cheese” on it. I have always had pizza with cheese of some shape or form, so this was a completely new experience for me. Amazingly, the pizza worked really well! The breadcrumbs were a genius touch, with a slightly lemon-y flavour they brought the whole pizza together. I have had pizza ruined in the past by sub-standard vegan “cheese”, so actually leaving it out entirely was a really good call.

I also shared a big box of fries with my dining chums. Even though we left out the dip, the seasoning on the fries was so good I feel I wasn’t missing anything at all.

So yes, the vegan menu at Civerinos at the moment is small but, in my opinion, it’s perfectly formed. This is definitely one of the more imaginative vegan pizza options in the city, so it’s definitely worth checking out.